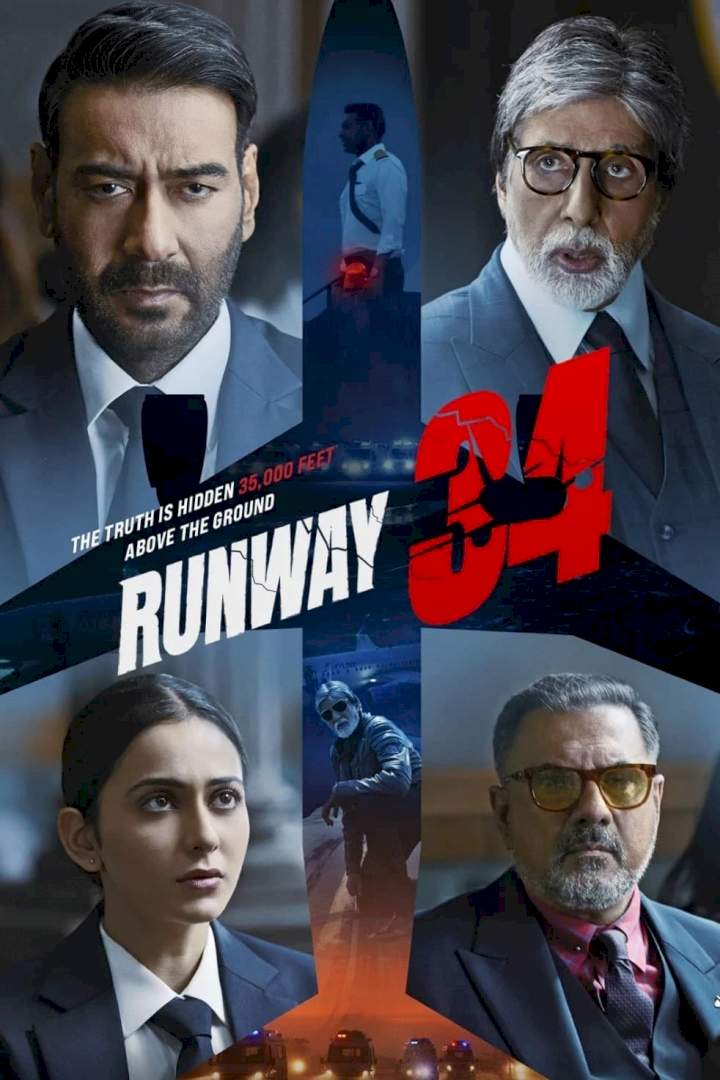 From Ajay Devgn FFilms and Panorama Studios, we bring you the Official Trailer of this fresh impressive masterpiece movie titled “Runway 34” a 2022 Indian Hindi-language movie directed and produced by Ajay Devgn.

According to Wikipedia, The film is inspired by a true event of the Jet Airways Doha to Kochi flight 9W 555, a Boeing 737-800 aircraft that had a narrow escape on 18 August 2015, after facing difficulties to land at the Cochin International Airport due to bad weather and unclear visibility at 5:45 in the morning and had to be diverted to Trivandrum International Airport.

Watch and enjoy the video below!!!